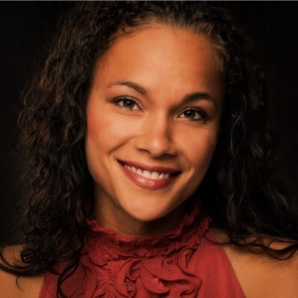 Originally from Jamaica, Simone moved to Atlanta in 2002. She began her musical studies in voice performance at Georgia State University School of Music after transferring from Georgia Perimeter College. Simone completed her doctorate at the University of Cincinnati College-Conservatory of Music in Voice Performance with concentrations in Pedagogy and Arts Management. It was the year between completing her undergraduate degree and moving to Cincinnati that she performed in PSO’s productions of Amahl and the Night Visitors and Carmen and Friends.

After returning to Atlanta from Cincinnati, Simone joined Peach State Opera’s Development Committee in the fall of 2015, assisting in the company’s most successful fundraiser thus far. She then assumed the position of Executive Director, shepherding the company through the 2017-20 seasons. During her tenure, she focused on building a stronger foundation in program management and fiscal security to ensure the longevity of Peach State Opera as Georgia’s premier touring opera company.